Milan midfielder Sulley Muntari is making an amazing recovery from injury which could see him return to action by next month.

The Ghana international was ruled out of action for six months in July when he tore anterior cruciate ligaments in his left leg while playing with his friends while on holiday. This means doctors expect him to return to action by late December after he went under the knife.

But a training video has shown that the Ghana international is making a quicker-than-expected return from injury. The 27-year-old is already running and kicking the ball along with Milan teammates Robinho and Pato.

Allegri was quoted by ANSA claiming Robinho should be fit for Match Day 5 and now he is back in the Milan squad for tomorrow’s clash with Cagliari.

The Brazilian striker had been out of action for almost a month due to a thigh strain and is set to make his comeback on Wednesday evening, albeit probably as a substitute.

MilanNews.it claimed that Pato had suffered another injury earlier today. It was widely rumors that he had a collision with teammate Kevin-Prince Boateng just before the start of Milan’s clash with Sampdoria.

However, they have later come to deny the speculation suggesting that there is no new injury fear for Milan’s unlucky striker.

Although injured, Sierra Leone have selected Milan’s Rodney Strasser for their 2013 Africa Cup of Nations qualifier against Tunisia.

The 22-year old is nursing an ankle injury he sustained in July in training with Serie A club and has yet to play this season.

But he has been named in the Leone Stars’ 20-man squad for the trip to Tunisia for the second leg of the final-round qualifier, which is to played between 12-14 October.

Martina22acm's Blog is back and better! A fresh up-to-date content, a clean look and lots of new features are awaiting on you on another address - Martina22acm.com ; See you there!

The EXCLUSIVE e-book about Kaka’!

What do you think? Cancel reply

Martina22acm's Blog is back and better! A fresh up-to-date content, a clean look and lots of new features are awaiting on you on another address - Martina22acm.com ; See you there!

The EXCLUSIVE e-book about Kaka’! 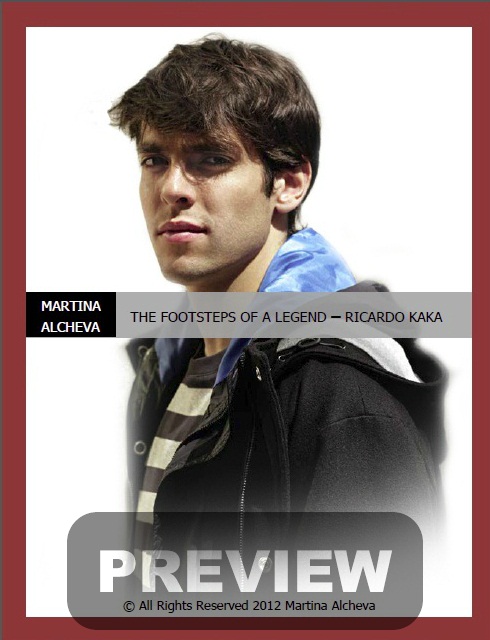 Partners Of The Blog